The multi-modal nature of transportation in NYC presents choices to users such as fixed-route public transit systems (e.g., subway and bus), on-demand taxi, and bike-sharing (e.g., Citibike). However, the usage of each of these modes depends on several endogenous factors such as socio-economic and demographic characteristics, availability, affordability and convenience of use. Furthermore, the usage also depends on extraneous conditions such as roadway incidents, construction activities, transit disruptions and delays, weather, special events, etc. All the extraneous factors that affect each mode of transport have an impact that is Spatio-temporal in nature within the mode. An incident on a transit line can affect the next train but may also delay other lines depending on the type of incident and where it has occurred.

Furthermore, the influence of events can spillover to other modes that can result in crossing over of demands due to reduced supply in a particular mode. E.g., inclement weather can result in a reduction in bike ridership and see an increase in transit ridership. There were several studies performing visualization of Spatio-temporal movement data. However, visualizing NYC subway has been performed, to the team’s knowledge, by only two studies (Palomo et al. (2015) and Sukhov et al. (2015)). These studies do not identify commonalities and correlations between delays and how they can spread to different lines. This pattern analysis is important and helps in estimating delays for similar future events. Similarly, Citibike data has been used to visualize (Keler et al. (2020)) as well as forecast demands (Yang et al. (2016)). Pattern analysis on correlation with other events and modes will provide critical inputs for detecting and locating abnormal patterns, which is the objective of this project.

Various tasks involved in the successful completion of the proposed project will include the following: 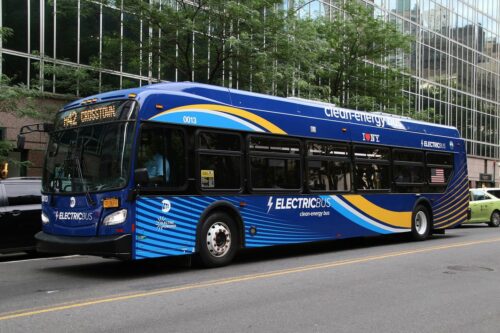