Despite the emergence of many new mobility options in cities around the world, fixed-route transit is still the most efficient means of mass transport. However, this efficiency is interdependent with ridership demand and network design, leading to vicious and virtuous cycles. Since 2007, the New York City bus system has been subject to one such vicious cycle – slower travel speeds and increased congestion caused by the growing number of mobility options competing for road space have led to declining ridership and further congestion as former transit passengers switch to other modes. In Brooklyn, bus ridership has declined by 21% during this period. While the decrease in ridership has been steady throughout this period, there is an emerging concern that it will only get worse as for-hire vehicle services like Uber and Lyft add more trips to the road network. However, the relationship between bus ridership and for-hire vehicle trips is not clearly understood.

Intervention is needed to reverse the vicious cycle and make the bus more competitive. This can be done by redesigning the bus network. Drawing from lessons learned in the literature and the international community along with surveying 373 bus operators in Brooklyn, Dr. Goldwyn and Levy at the Marron Institute drafted a redesigned bus network for just this purpose. The redesign features increased stop spacing along with other technological improvements like all-door boarding and transit signal priority. How well does this proposed redesign work, and how does it compare to the existing network or another alternative? This project seeks to address these questions by using a citywide simulation tool to evaluate transit designs, as well as analytical models to explore the impact ride-hail has on transit design.

This project will use analytical and simulation-based tools for bus network redesign in the presence of ride-hail/for-hire vehicle (FHV) services, particularly for areas regarded as transit deserts.

Simulation-based Approach: Using a virtual testbed developed in a previous C2SMART project, the research team will compare the performance of alternative bus network models in a simulated environment. This objective will also include exploring ways to capture congestion due to ride-hail vehicles within the virtual testbed to better understand the interaction between these vehicles and bus network performance.

Analytical Approach: The research team will more also use an analytical approach to evaluate the impact FHVs have on bus performance on shared roads. This approach will involve a multimodal system in which users choose between a bus and FHVs, taking into account FHV fleet size, travel times and bus ridership. The researchers will evaluate the change in optimal stop spacing, service frequency, and line spacing in these conditions. 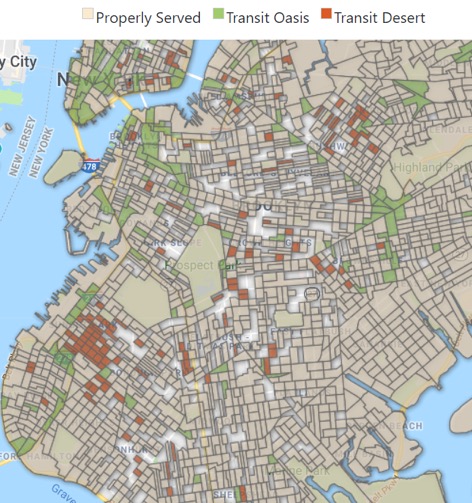 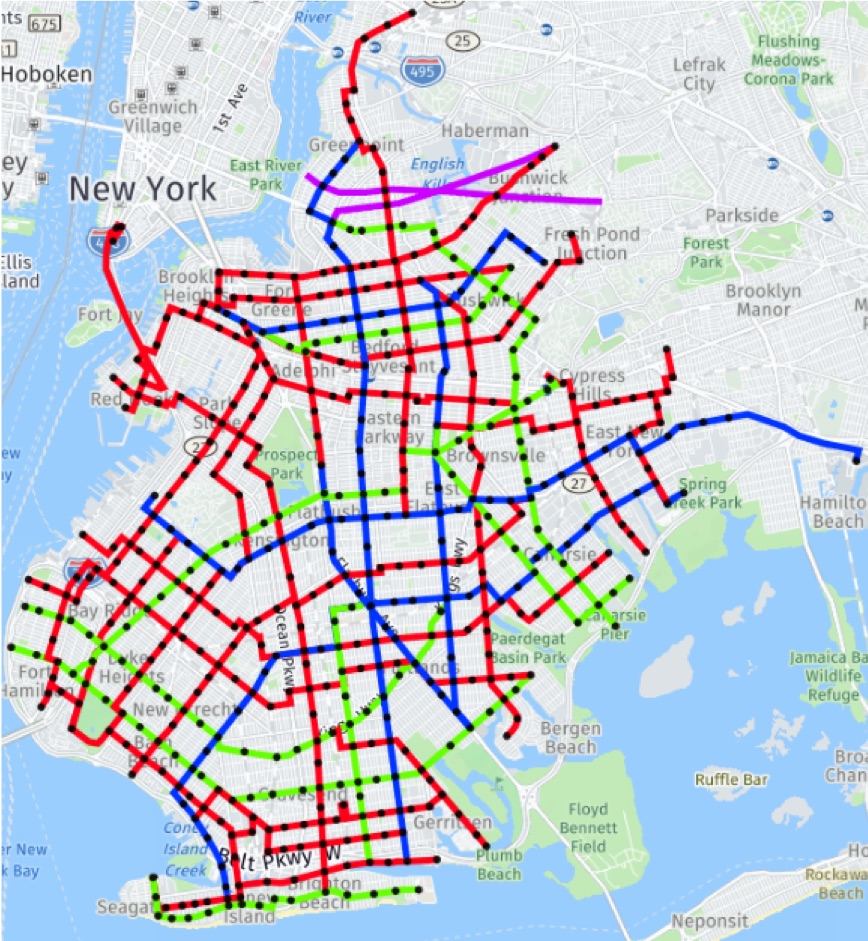 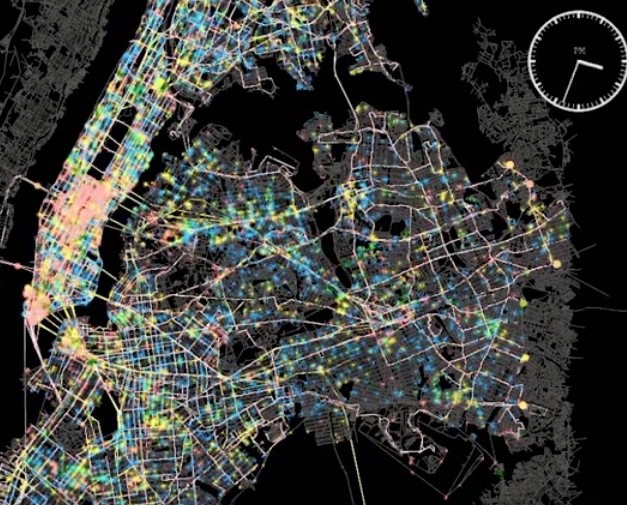