Constantine E. Kontokosta, PhD, is an Associate Professor of Urban Science and Planning and Director of the Civic Analytics program at the NYU Marron Institute of Urban Management. He also directs the Urban Intelligence Lab and holds cross-appointments at the Center for Urban Science and Progress (CUSP) and the Department of Civil and Urban Engineering (CUE). He is affiliated faculty at the Wagner School of Public Service, Visiting Professor of Computer Science at the University of Warwick (UK), and a Senior Scholar at the New York Academy of Medicine. Previously, he served as the inaugural Deputy Director of CUSP and Assistant Professor of Urban Informatics at CUSP and CUE, where he was part of the Center’s founding leadership team and designed and launched the first graduate program in urban informatics. He is the founding Principal Investigator of the Quantified Community research initiative that integrates hyperlocal urban sensors with city-scale data analytics to understand neighborhood dynamics and well-being, and is one of the largest community-driven IoT projects in New York City. He is a 2017 recipient of the National Science Foundation CAREER Award for his research in urban informatics for sustainable cities. 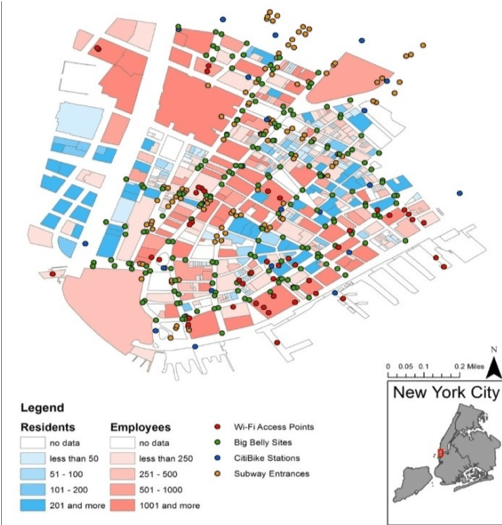