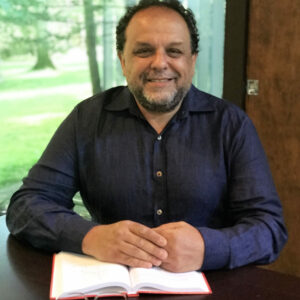 Dr. Kaan Ozbay is the Director of the C2SMART Center, a Tier I USDOT University Transportation Center led by NYU. He joined the Department of Civil and Urban Engineering and the Center for Urban Science and Progress (CUSP) at NYU Tandon School of Engineering as a Professor in August 2013. Since 1994, Dr. Ozbay, has been the Principal Investigator and Co-Principal Investigator of projects funded at a level of more than $15,000,000 by federal, state, and local agencies, with a focus on Intelligent Transportation Systems in the New York-New Jersey region. In addition to being head of C2SMART, he is leading several active projects including the Performance Evaluation task of the USDOT NYCDOT-led Connected Vehicle Pilot in New York City and the Coordinated Deployment of ITS systems in NY, and is serving on the Mayor’s Brooklyn-Queens Expressway Expert Advisory Panel. Prior to joining NYU, he was the founding director of the Rutgers Intelligent Transportation Systems (RITS) laboratory and served as a visiting scholar at the Operations Research and Financial Engineering (ORFE) Department of Princeton University.